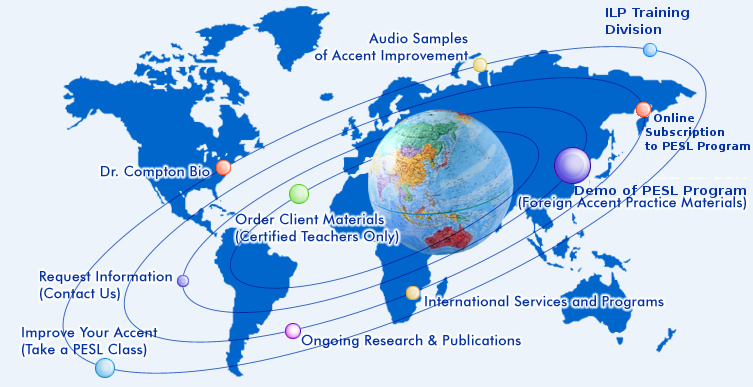 Arthur J. Compton, Ph.D. is the Founder, Director and President of the Institute of Language & Phonology in San Francisco. He received his BA degree in Business Administration/Advertising, and M.A. and Ph.D. degrees in Linguistics, Psychology, and Speech Pathology, from The Ohio State University. He was an Associate Professor at the University of Iowa where he established academic programs in Psycholinguistics and Child Language. Upon relocating to San Francisco, Dr. Compton taught at the University of California, Berkeley and California State University, Hayward. In 1972, he was awarded a four-year NIH (National Institute of Health) research grant to 1) trace the linguistic acquisition and evolution of children’s speech and language from infancy to 4 years, and 2) examine the clinical applications of linguistic analysis for children with speech and language disorders.

Dr. Compton is a recipient of the American Speech-Language-Hearing Association 1970 Editor’s Award for his pioneering linguistic research with children. His applications of speech science and linguistic analyses to problems of communication have been published extensively in more than 100 professional publications, journals, and textbooks. His teaching and testing materials are widely recognized and used nationally and internationally.

In 1976, Dr. Compton founded Carousel House Press, a scientific and educational publishing company, to provide high-quality teaching, testing, and reference materials to professionals within the fields of normal and disordered communications. Carousel House publishes and distributes most of the research and products that have been developed at the Institute of Language & Phonology. These materials are now used by thousands of speech-language pathologists, special education teachers, ESL teachers, actors, and other trainers and educators dealing with spoken communication.

In 1978, he began his explorations into the area of Foreign Accent Improvement, and developed the Compton P-ESL Program (Pronouncing English as a Second Language). Dr. Compton has worked with thousands of clients from more than 125 different language backgrounds.

In 1985, he began to train and certify other Speech Pathologists to use the Compton P-ESL Program. Currently there are over 7,000 teachers who have been certified to teach the Compton P-ESL program throughout the USA and Canada, as well as many European and Asian countries. In the early 1990’s, Dr. Compton also began to design and implement customized accent improvement training programs to meet the specialized needs of specific corporations and institutions, both domestically and internationally.

In 2004, Dr. Compton expanded and divided the activities and services of the Institute into its two primary functions: 1) Teacher Training, and 2) Research and Development.

The Institute of Language and Phonology: Training Division is led by North Carolina-based Training Director Joe Comeau, MS. Ed, CCC-SLP. Mr. Comeau has designed and conducted certification trainings in multiple formats for Dr. Compton’s method, including live multi-day workshops and web-based learning. Mr. Comeau has been responsible for all of the
Compton P-ESL Program teacher training programs since 2008.

The main headquarters of the Institute of Language and Phonology: Research Division remains in San Francisco under the direction of Dr. Compton. This division of activities has afforded him the time and freedom to greatly expand the P-ESL client services, international program development, professional presentations, and research and development programs of the Institute.

Old Gold Summer Research Fellowship awarded for the summer of 1967 at The University of Michigan to begin a research program of children’s developmental phonology.

National Institute of Health Research Grant – 1972-1975 – to study normal and abnormal phonological development of children and the clinical applications of generative phonology.

For a complete listing of publications and presentations, see Ongoing Research & Publications